If you’re not one of the cast members of Fast and Furious (any movie from the series), you would want to get a few extra miles out of a tank of gas. That is practical thinking and nothing to be embarrassed about. We all look up tips and tricks to figure out how to do that without falling into reckless practices that hurt the engine of the car.

When You Were Driving Too Fast

Now, we all know that the mileage on a highway is almost always better than the mileage you get driving on city roads. This leads a lot of drivers to automatically assume that that is because driving faster is better. Well, they are wrong and how! If you were one of those good folks, don’t worry. We’ll tell you why.

Most cars in the United States function really well when they are running between 50 and 60 miles per hour which means they generate the most forward momentum while using the least amount of fuel. That is because the government determines the miles per gallon ratings for cars by test driving them for a short period of time.

Since every manufacturer wants to get the best (read highest) MPG ratings possible, they make cars that run their best at certain speeds that they know the government tests every automobile at. If that testing happened at 30 miles per hour, every car would give optimum performance at that speed.

Now, when the vehicle hits 60 miles per hour, the gas mileage drops off quite a bit. It is actually a lot more than most drivers realize. This is because the engine is working a lot harder and so it needs a lot of fuel to keep delivering. In fact, if you have an on-board computer that displays instant gas mileage, you must check it out at 60 mph and then again at 80 mph. You will see what we are talking about.

Typically, a four-cylinder car will have an average of about 30 miles per gallon at 60 mph. But when you hit 80 mph, the mpg falls to about 20. So, your gas mileage at 80 mph on an open road like a highway with no stops is not all that better than the mileage you get while navigating red lights and traffic in the city.

The best way to find out when your car is giving its best is to look at the tachometer instead of the speedometer. A tachometer measures the rotation speed of the engine’s crankshaft and displays the revolutions per minute (RPM).

This tells you how hard your engine is working and helps you select the right amount of throttle and gear settings for the existing driving conditions. What you need to do is figure out the lowest RPM in the highest gear while keeping a decent amount of power available in case you need to make a quick pass. This way, you will be able to get the most out of the current speed without torturing the engine of your car.

The Importance of Cruise Control

About what happens when you speed too quickly. If you pay attention while pressing the accelerator in your car, you will notice that the cruise control increases the speed very gradually. While you and I want the results right away (because we live in a world of instant gratification, validation and whatnot!), the computer in the car knows that increasing the car’s speed gradually is the best thing for the engine.

When we ignore that and punch it, we flood the cylinders with a lot of fuel and get the result but in the process, we burn a lot more than required. Experts say that using cruise control is the best way to get results without wasting fuel because, in this one scenario, the computer operates more logically than the human. If you find that mildly condescending, you must drive using basic physics instead of what your adrenaline is telling you.

So, if you are on a highway going from 55 mph to 75 mph, your car will consume about 20 percent gas. But you can bring that down to 10-15 percent by trying to keep to the speed limit instead of speeding. Most vehicles achieve fuel efficiency when they are between 30 to 50 mph. Once they are out of this window, the fuel consumption increases along with the speed. And a lot of times, it doesn’t help all that much with time.

For example, your vehicle uses 20 percent more fuel when you are traveling at 75 mph than it does at 60 mph. On a 15 mile stretch that saves you only two minutes of travel time.

Similarly, excess acceleration is typically a problem in urban areas with a lot of traffic lights and it brings cars down to their least efficient performance point. If you don’t over-rev your engine, you save the engine from a lot of unnecessary burden. This is true even for automatic cars where acceleration means RPM over the recommended levels. Naturally, this reduces fuel efficiency. On a stick, if you’re not shifting gears around 2,500 RPM for petrol cars and 2,000 RPM for diesel cars, you are causing the same damage.

When You Were Too Slow

On the contrary, people often think that driving too slow helps save on gas. Well, that’s not true either. When you are not driving at optimal speed, your car does not give you the best results. If you want to say that since driving faster burns more fuel, driving slow should burn less of it, you get only half a point for logic.

I will counter that by stating that making your car run below its ideal speed will also make the engine do a lot of work while getting little in return. This is like slow cycling. Just because there is no speed, does not mean it takes no effort. What happens, in this case, is that you get very little momentum by burning gas in all cylinders compared to what you do when you increase the speed just a little bit.

If you are driving a stick, you can help yourself and your car a lot more by knowing the best gear for each speed range, right? This also helps you match your car’s optimal performance when you are driving below 50 mph. That takes a level of skill plus most cars today have auto transmissions. Those jump into a lower gear themselves but will still burn excess fuel.

You obviously can’t cruise around in 50 mph on smaller roads. So, there is a little inefficiency in the whole system that you have to make peace with. But you can still tap into the RPM logic we learned earlier. If you want to drive really slowly, you must try to get the lowest RPM in the speed range that is apt for the road you are on.

Since the ideal gas consumption happens between 30 to 50 mph, when you go below that, the engine once again ends up burning more fuel. If you must drive slow, you can save fuel by staying closer to the 30 mph speed level. But if you go lower than that, you are back to burning excess fuel.

According to the US Environment Protection Agency (EPA), you can save at least 20 percent more gas by staying between 40 and 50 mph. Those who drop to cycling speeds or rush the other way and turn into Vin Diesel or the late Paul Walker from Fast and Furious, will burn a lot of gas.

Now, it is important to remember that this moderate speed is not the same for all cars. It is different for each model and let’s just say it is best to stay within speed limits. And here’s why it is good for your automobile.

In this speed range, you are not forcing the engine to perform harder than required. So, it can do its job without demanding more gas. The parts in the engine are also trained to perform at this pace, so they feel less wear and tear.

In fact, even externally, the wheels, brakes and clutch do not wear out sooner than they should. Your piston rings, cylinder walls, oil and air filter and compressor belt also remain in good condition when you are in the optimum speed range.

This is called good driving because you are no longer traumatizing the accelerator by flooring it. You maintain mileage and save money on maintenance. This is best achieved by following this gear and speed template.

So, if you are driving too slowly and messing up the gears, you will be putting a strain on the engine. And if you have the AC or the heater on for a long period of time, your engine will have to supply power to that too. All of it results in an increase in fuel consumption. If you are looking to reach your destination on time while maintaining your car, the best thing to do is to drive within speed limits or the ones mentioned in the manual because the automaker knows best.

Now, when we discussed speeding, we talked about cruise control. In the same way, when you apply brakes in a car, you lose a lot of energy. When you apply brakes, you lose inertia and turn kinetic energy into heat energy. That happens from burning fuel instead which is wasted on creating heat energy instead of running your car. You see where I’m going with this?

Every time you apply brakes, you kill the forward momentum that your car has already achieved. So if you use them a lot, especially because you are always going too fast, you are driving badly and causing damage to the engine. However, this is a very common mistake. It typically happens when taking off at a stop sign. You accelerate too much too soon and then have to apply brakes because the car in front of you hasn’t picked up speed quite the way you did. And you have to act immediately to avoid ramming into the car ahead. It is not just inefficient but also uncomfortable because the ride is going to be jerky and the impatient driver’s mood keeps getting worse.

The best way to avoid this is to keep a keen eye on the traffic and anticipate the behavior of other drivers and slow down accordingly. This way, you save gas money and coast to a slower speed instead of braking abruptly. Your drive remains gentle and you will get to your destination sooner without burning a lot of gas.

Coasting is the process of letting the car lose momentum by taking your foot off the accelerator. This can help reduce the need to apply brakes. By observing traffic keenly, you can do this more often than you think and stay safe.

The gas consumption of a car depends on the way you drive it. You don’t save gas by driving fast or slow. You do so by understanding the optimum speed of your car, the terrain you are driving on and following speed limits. After all, those numbers were not designed by experts for nothing.

What Are the Most Common Mistakes on the Driving Test?

While a road test may seem intimidating, you don’t have to worry. With proper guidance and practice, you can avoid the most

How to Teach Someone to Drive

Teaching someone to drive, whether your friend, spouse or teen kid, can be rather daunting. While it’s mainly just a matter of 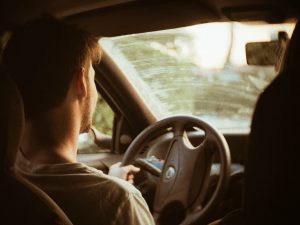 How to Overcome the Fear of Driving on th Freeway

There’s a lot of people who dislike, even hate, driving on a freeway. Freeways are the bane of their existence. That’s because