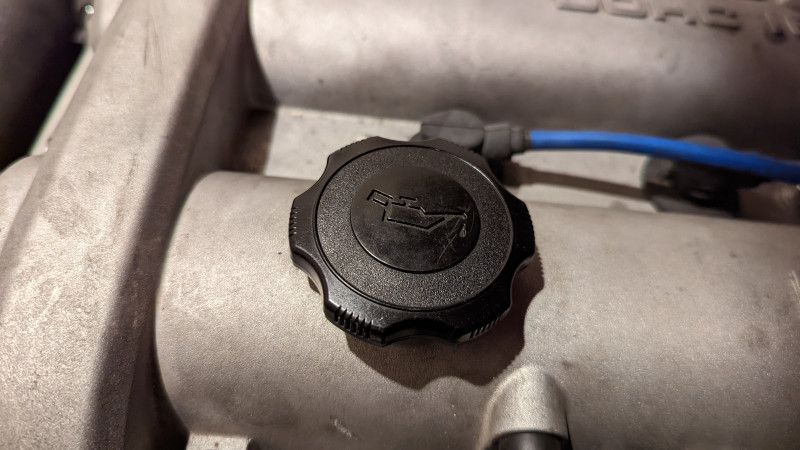 Oil viscosity is an important parameter when it comes to measuring the flow of oil. In fact, it is applicable to all fluids in general. A fluid with low viscosity is called thin and it tends to flow relatively more easily. For example, water has low viscosity when compared to molasses which is why it flows a lot easier than the latter.

When it comes to motor oil, this is an important parameter. Let’s see why and how you should pick yours.

The Importance of Oil Viscosity

The viscosity number of motor oil is somewhere in between water and molasses. But you need to pick the right one for your automobile to make sure that the flow is not disrupted by the changes in the temperature. Now that we know what it’s about, let’s dive into some specifics.

Both these oils are quite popular for cars. So, which one should you pick? Generally, picking whichever oil viscosity is recommended by the manufacturer is a safe bet for which you should go with. However, there are certain instances where you might want to use a slightly different oil viscosity.

Here’s what you need to know about how these two motor oils do in comparison. There are three factors we would like you to look at. Here we go.

You want to know how the motor oil of your choice does when the temperature falls. For both 5W20 and 5W30, the winter rating is the same. Their viscosity is roughly the same when you go to start the car, which is good news. But it is worth noting that when the temperature is about 212 degrees Fahrenheit (100 Celsius), 5W30’s viscosity is a bit higher when compared to that of 5W20.

So, under normal operating temperatures of the engine, 5W30 will be thicker which means there will be more resistance with respect to its flow. Now, that should not be a problem except the horsepower and the fuel economy of your vehicle may be a bit lower than you might expect, if your vehicle is designed to operate with 5W20 from the factory.

In some instances, using the wrong oil could lead to engine damage. That is because the components of the internal engine are sometimes designed specifically for a certain oil viscosity. That is why you should go with what the manufacturer recommends.

Some vehicles will actually call for two different oil weights depending on your climate. You can find this information for your vehicle in the owner’s manual.

Speaking of mileage, the thing to remember is that motor oil with low viscosity does better when it comes to the fuel efficiency of a car. That’s because the oil with lower viscosity creates a nice and thin layer of protection between the parts of the engine under regular temperatures. This is one reason many newer vehicles call for 5W20, or even 0W20 from the factory.

The thinner layer of protection reduces any possible friction between the different parts of the engine without slowing the rotating assembly too much. Think of it as the difference between stirring water and stirring honey. Thinner oils may also improve the performance of the engine if the engine is designed to run them, hence improving the gas mileage and fuel efficiency of the car.

This, of course, is general advice and you should always prioritize the recommendation of the manufacturer. Typically, 5W20 is a good option but only if you are operating under low or moderate temperatures.

The format 5W20 or 30 is a sign that you are looking at multi-grade oil. You should be able to predict by now that 5W30 does better than 5W20 when it comes to higher temperatures because it is thicker.

It is a robust option that does not get too thin when engine temperatures rise because it is built for those conditions. As a result, your engine will be safe in high temperatures and when there is moderate oil pressure.

If your vehicle is designed to run on 5W20, consider stepping up to 5W30 if you plan to run the vehicle hard, such as at a track day, high performance driver’s education (HPDE), or autocross event. Racing applications often call for thicker oil.

What Happens If You Mix Them Up?

Here are two scenarios: using 5W20 instead of 30 and the other way round. Both of them have different results and this is what you need to know.

If you are using 5W20 instead of 5w30, you would be putting the internal components of your vehicle’s engine at risk. For one, your engine is made in such a way that it works best with 5w30. That’s why the manufacturer recommended it in the first place. You should generally never switch to a thinner oil than what is recommended from the factory.

And even though both the motor oils have the same rating for winter, you want to make sure you get the right one because using 5W30 instead of 5W20 in winter means that you end up with a thinner oil when the engine is back to its normal operating temperatures. This may allow for faster engine wear.

The lower viscosity in some motor oils is meant to reduce the flow resistance in colder temperatures. High viscosity oils, on the other hand, give better protection to the internal components of the engine when the outside temperatures are high.

You will find the best option for your engine in the owner’s manual given by the manufacturer. Typically, this decision is made based on viscosity rating is a critical aspect too. The manual will also tell you if there are any other oil grades that suit your engine.

Aside from causing damage to the engine, the wrong type or grade of oil may also void your powertrain warranty.

If you go the other way, which is using 5W30 instead of 5W20, you will end up with an oil that is thicker than the manufacturer calls for. If your engine is running on the hotter side of normal, this may be perfectly acceptable for your use case.

In some cases, however, the manufacturer makes this exception because, as you now know, 5W30 works well in higher temperatures and won’t break down like 5W20, which is comparatively a thinner oil. Heavier oils like 5W30 also need more heat so that they flow through the engine better. Stepping up to a thicker oil is not recommended for all engines.

When you start researching motor oils, you will also see that there are now varieties that have multiple viscosities. This means that there is a window of temperatures in which they function efficiently. Of course, this is not applicable in temperatures over 120 degrees Fahrenheit.

But for future reference, using 5W20 instead of 5W30 is not the best idea. Neither is it the other way round, unless you know what you’re doing and have a good reason for changing viscosities. You want to make sure that you check with the manufacturer or a good mechanic if you are planning to make the switch.

Most of it has to do with the temperatures in which you will be using your vehicle. That’s what your mechanic will tell you. But they might be able to get into the specifics of your circumstances.